The Scaife Viewer was originally designed as the first phase of work towards the next generation of the Perseus Digital Library. This work can be seen at

It is now growing into a highly extensible platform usable by a variety of different projects, with a growing library of widgets that integrate texts with various types of annotation and external APIs.

Our goal is to help Digital Humanities projects to focus less on building their own reading environments and more on the scholarship unique to their project. We hope soon to be able to showcase some of the projects being built on Scaife.

The project is part of the Open Greek and Latin Project, an international collaborative consortium of librarians and researchers, that includes the Center for Hellenic Studies of Harvard, the Harvard Library, the Library of the University of Virginia, Mount Allison University, the Perseus Digital Library at Tufts, and the Open Philology Project at the University of Leipzig.

The Scaife Viewer is named for Ross Scaife, a pioneer in digital classics who lived the virtues of collaboration and who set an early example in establishing open access and openly licensed data as the standards upon which Digital Classics now depends. The initial release of the Scaife Viewer was on March 15, 2018, the tenth anniversary of his premature passing on March 15, 2008.

While Eldarion continues to lead development, the goal is to create an ecosystem which members of the community can extend. The code is open source under an MIT license. The technologies used include Vue.js, GraphQL, Django, and Elastic Search. 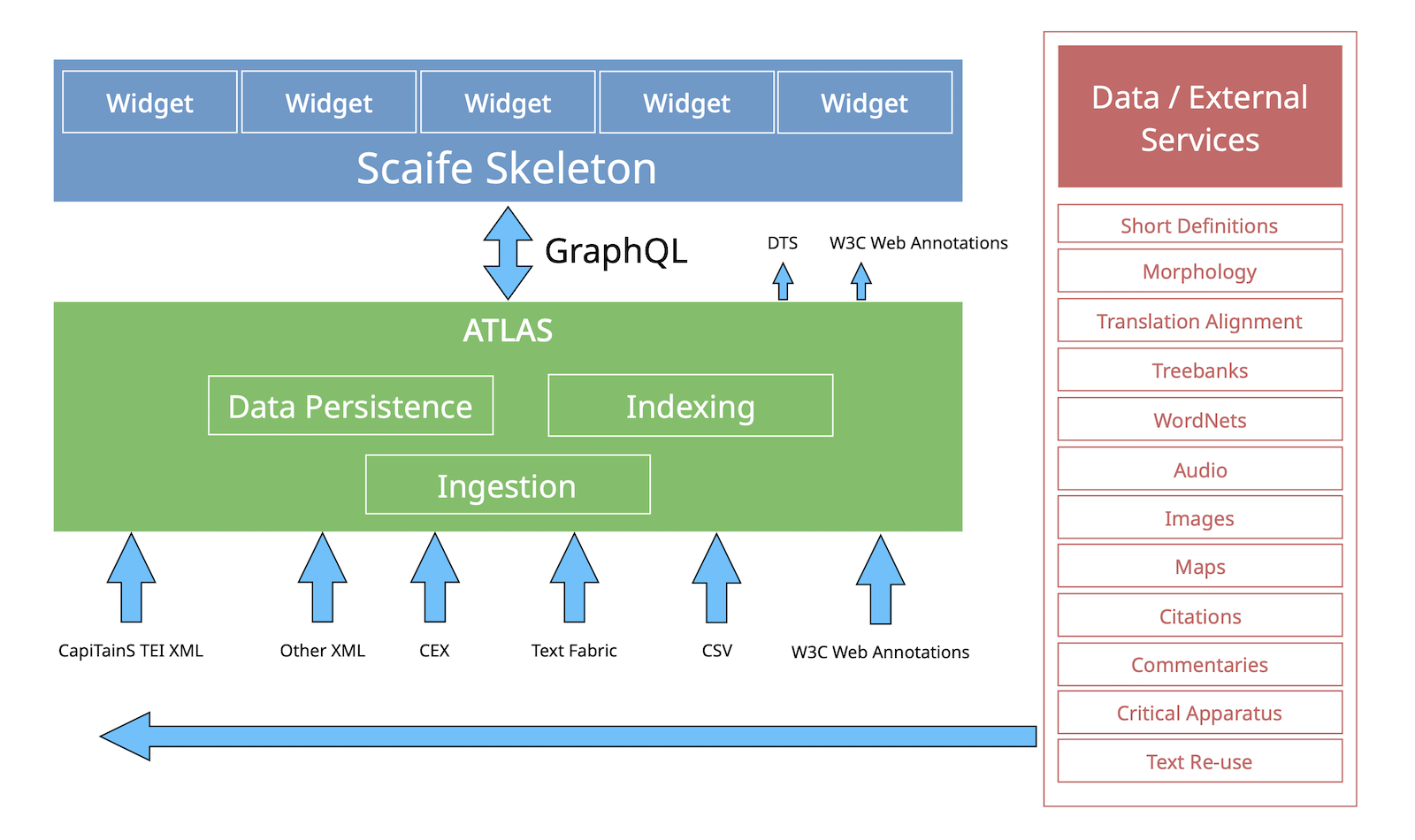 The best way to get involved is to join Slack and get familiar with the key repositories and Trello boards.

You can join via slack.scaife-viewer.org.

As well as making incremental changes to scaife.perseus.org, we're also working on a new architecture with a separate server (called ATLAS, for Aligned Text and Linguistic Annotation Server) and a frontend consisting of a Skeleton and various pluggable Widgets. We are proving this architecture out with a couple of prototypes including "Explore Homer" which brings together various levels of analysis of Homer, and "SV Mini" which shows a variety of texts with some analysis but not as deep as Explore Homer nor as broad as the entire Perseus Digital Library.

We currently use three Trello boards to coordinate development of the Scaife Viewer:

Further details about how we use Trello can be found in the Trello workflow wiki page.

For regular updates on progress on the project, please subscribe to our newsletter. Your email address will not be used for any other purpose.